101 Reasons to Breastfeed your Child 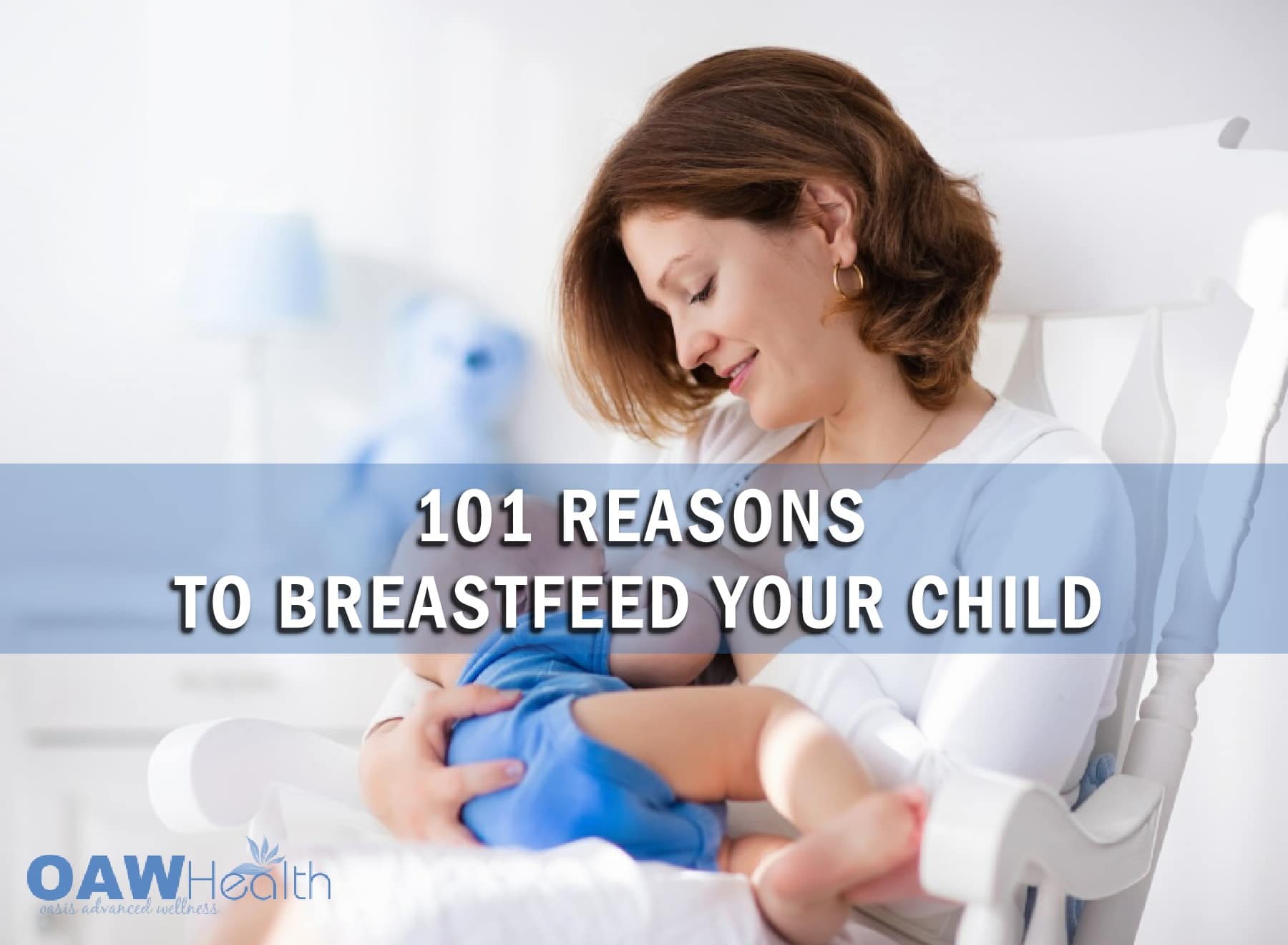 Unfortunately, breastfeeding has become a topic of much divisiveness in the medical community, in media and in the public arena. 101 Reasons to Breastfeed Your Child is an article that is more about the relationship between breastfeeding and mother and baby’s health than anything else.  Many of the reasons to breastfeed your child are very important such as: Breast milk contains antibodies that help your baby fight off viruses and bacteria; Breastfeeding lowers your baby’s risk of having asthma or allergies; and Babies who are breastfed exclusively for the first 6 months, without any formula, have fewer ear infections, respiratory illnesses, and bouts of diarrhea.

Even though I didn’t personally write the article below, I highly agree with the content and hope every mother-to-be understands the health benefits of breastfeeding – for both mother and baby. The article is not to villianize or cause guilt for those who are unable to breastfeed. Many mothers find themselves in situations that don’t permit breastfeeding. Possibly they’re undergoing chemotherapy. Possibly they are on strong medications for a health concern. Possibly they’ve had breast implants or breast reduction surgery. The take-away is to please be compassionate and be nice. If you’re able to successfully breastfeed, please be aware of what you say or imply to struggling moms. Their choices are not simple, and they’re doing the best they can with the situation they’ve been given.

101 Reasons to Breastfeed Your Child

Loretta Lanphier is a Naturopathic Practitioner (Traditional), Certified Clinical Nutritionist, Holistic Health Practitioner and Certified Clinical Herbalist as well as the CEO / Founder of Oasis Advanced Wellness in The Woodlands TX. She studies and performs extensive research in health science, natural hormone balancing, anti-aging techniques, nutrition, natural medicine, weight loss, herbal remedies, non-toxic cancer support and is actively involved in researching new natural health protocols and products.  A 17 year stage 3 colon cancer survivor, Loretta is able to relate to both-sides-of-the-health-coin as patient and practitioner when it comes to health and wellness. “My passion is counseling others about what it takes to keep the whole body healthy using natural and non-toxic methods.” Read Loretta’s health testimony Cancer: The Path to Healing. Loretta is Contributor and Editor of the worldwide E-newsletter Advanced Health & Wellness.