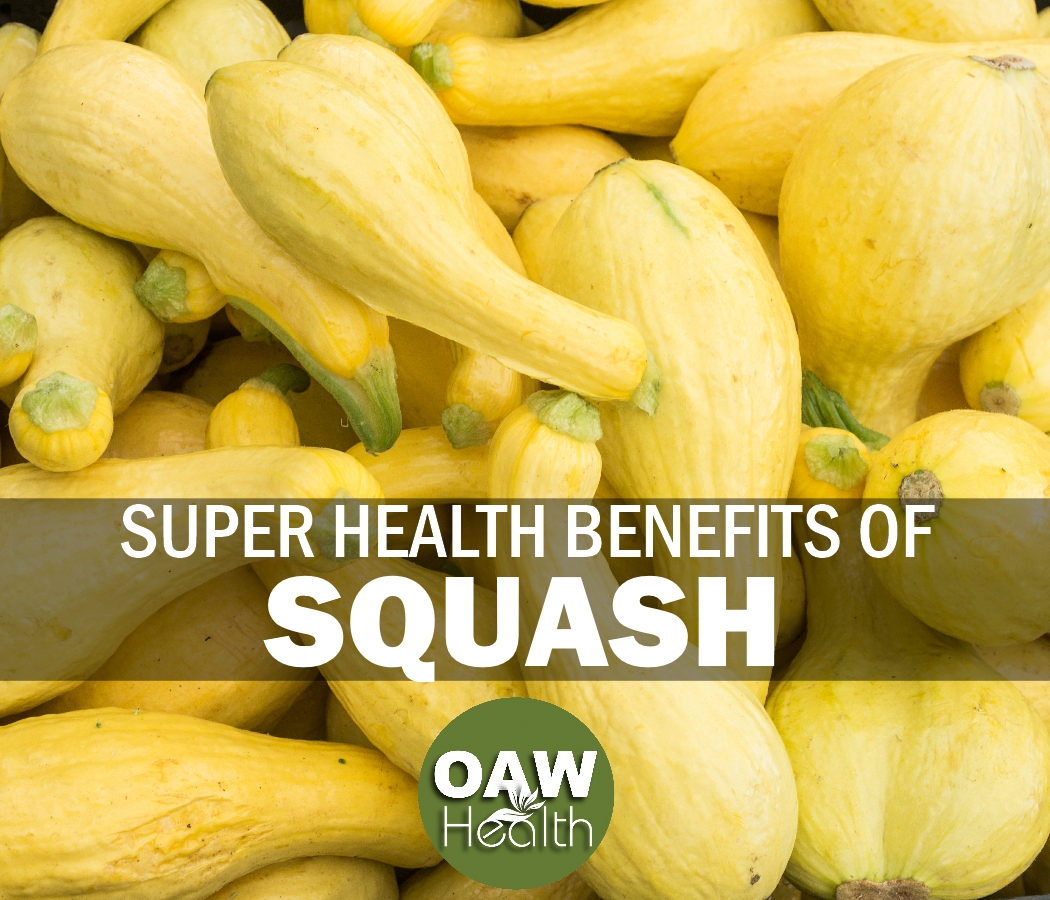 The super health benefits of squash are considered impressive and result from the beneficial nutrients, vitamins, and minerals they contain. Squash is best known for containing a large amount of vitamin A (457% of the daily value per serving) and excellent amounts of vitamins C, E, B6, niacin, thiamin, pantothenic acid, and folate.

With archaeological data tracing their origins back to 10,000 years ago in Mesoamerica, squash is some of the oldest cultivated crops on earth. In fact, squash was one of the Three Sisters crops cultivated by Native Americans and ultimately shared with the European settlers.

Scientists have found squash seeds (from the genus-species Cucurbita pepo, which includes summer squash) preserved in Mexican caves for many years. The cultivation of squashes (including summer squash) quickly became popular in North, Central, and South America, and Native Americans often referred to squashes as one of the “three sisters” — corn (maize), squash, and beans. Squashes were also one of the North American foods that Columbus brought back to Spain from North America.

Squash in the United States

There are three types of summer squash that are found in abundance in the USA:

While the majority of squashes on the market are not genetically modified (GMO), approximately 25,000 acres of crookneck, straight neck, and zucchinis have been bioengineered to be virus-resistant. Unless specifically labeled, you will not be able to tell the difference between non-GMO and GMO zucchini or squash. This is one vegetable that is best grown organically in your own garden or purchased from a trusted organic farmer. 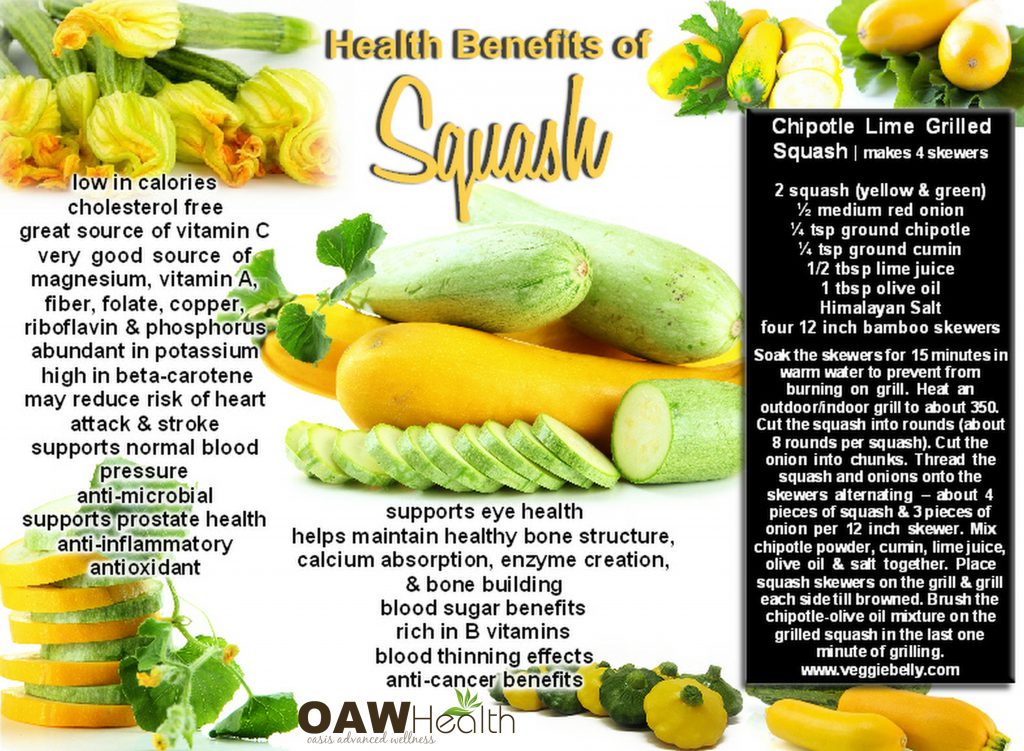 Squash is considered by some to be a starch, but not all starchy foods are created equal. For instance, less than 15% of the calories in winter squash come from fat, compared with almost 90% of the calories in walnuts. When it comes to the health benefits of squash, winter squash shines bright as a wonderful anti-inflammatory food providing a good amount of anti-inflammatory omega-3s.

Soak the skewers for 15 minutes in warm water to prevent from burning on the grill. Heat an outdoor/indoor grill to about 350. Cut the squash into rounds (about 8 rounds per squash). Cut the onion into chunks. Thread the squash and onions onto the skewers alternating – about 4 pieces of squash & 3 pieces of onion per 12-inch skewer. Mix chipotle powder, cumin, lime juice, olive oil & salt together. Place squash skewers on the grill & grill each side till browned. Brush the chipotle-olive oil mixture on the grilled squash in the last one minute of grilling.  www.veggiebelly.com

Loretta Lanphier is a Naturopathic Practitioner (Traditional), Certified Clinical Nutritionist, Holistic Health Practitioner, and Certified Clinical Herbalist as well as the CEO / Founder of Oasis Advanced Wellness in The Woodlands TX. She has studied and performed extensive research in health science, natural hormone balancing, anti-aging techniques, nutrition, natural medicine, weight loss, herbal remedies, non-toxic cancer support, and is actively involved in researching new natural health protocols and products.  A 20-year stage 3 colon cancer survivor, Loretta is able to relate to both-sides-of-the-health-coin as patient and practitioner when it comes to health and wellness. “My passion is counseling others about what it takes to keep the whole body healthy using natural and non-toxic methods.” Read Loretta’s health testimony Cancer: The Path to Healing. Loretta is Contributor and Editor of the worldwide E-newsletter Advanced Health & Wellness. Check out Oasis Advanced Wellness and our natural skincare products.