Lyme Disease – The Most Misdiagnosed Disease in America

Who would ever think that the bite of a poppy-seed-sized tick could wreak so much havoc on the body? A tick now believed to contain many other bacteria organisms causes people to have a myriad of symptoms that quickly evolve into a chronic disease. Who would have ever guessed this little critter known as the deer tick would be the source of a very mysterious and debilitating disease — a disease with symptoms overlapping those of many other diseases such as Alzheimer’s, Parkinson’s, and Chronic Fatigue Syndrome, to name a few. The disease? Lyme Disease.

The Borrelia burgdorferi (Bb) spirochete is an evasive organism which can penetrate virtually any organ or system in the body, including the brain and central nervous system, joints, muscles and heart. Lyme disease symptoms may be similar to other medical conditions, making diagnosing a challenge. Lyme disease mimics many other health concerns such as multiple sclerosis, arthritis, chronic fatigue syndrome, fibromyalgia, ALS, ADHD and even Alzheimer’s disease. Interestingly, despite debilitating symptoms, many Lyme patients outwardly appear quite healthy, which is why Lyme disease has also been called “the invisible illness“and “the great imitator.”

In 1981 the cause, a spiral-shaped bacteria called Borrelia burgdorferi (B. burgdorferi) was discovered, yet not many in conventional medicine knew what to do with this newly discovered bacteria. Currently, there are 20 known species of Borrelia that can cause human illness (not just Borrelia burgdorferi), and it is not uncommon for people with Lyme disease to harbor at least two species. This spirochete is now known to invade every organ in the body. It has become far more prevalent than AIDS and the West Nile virus and shows up in states where Lyme has never existed.

Lyme is found in semen, vaginal fluid, breast milk, saliva, tear ducts, and even the blood supply. Co-infections are growing, and some now recognize Lyme as a mutating disease. There is also some suggestion that we need to label Lyme as an STD because teens give it to each other through unprotected sex.

The United States has 10 times as many Lyme disease cases each year as the official numbers report. That’s the conclusion of research by the U.S. Centers for Disease Control and Prevention (CDC). More than 30,000 cases of Lyme disease are reported to the CDC each year. But three 2012 studies suggest that doctors actually diagnose and treat about 300,000 cases a year. One study is based on medical insurance claims. One uses a survey of clinical laboratories that test for Lyme disease. The third study looks at self-reported Lyme disease, based on a survey of the public. CDC officials were not surprised that their official numbers had been low. They presented their early estimates, based on the three studies, at a conference on tick-borne diseases.

Even though Lyme Disease is now a worldwide health epidemic and doctors are not quick to look for Lyme, patients are continually told their symptoms are not Lyme related. The medical community sometimes ostracizes Doctors who test for and treat Lyme Disease. Correct diagnosis in the initial stages of Lyme is crucial to treatment success. Yet, many doctors don’t seem to feel it necessary to ascertain the possibility of a Lyme’s Disease diagnosis until symptoms have become pronounced and thus very difficult to treat effectively. At this point, the disease has become chronic with life-lasting health concerns.

Many people have the same story in that they have spent thousands of dollars, and it has taken years, sometimes 15+, to get a correct diagnosis of Chronic Lyme’s Disease. Some of these people never had a bite and never had a rash. Unfortunately, the medical community has a history of misdiagnosing the symptoms of Lyme’s as emotional or psychological illness.

As stated above, most tests for Lyme disease are inaccurate in one way or another. You may have the infection, yet your tests can show negative due to the bacteria’s lack of immune response. In some ways, testing may even be harmful because it could point a person in a direction that is not needed. Misdiagnosed Lyme Disease patients may undergo treatment for symptoms of rheumatoid arthritis, multiple sclerosis, Parkinson’s, or a hundred other diseases that Lyme can mimic. As a result, they may experience temporary relief but never detect the Lyme bacteria and fail to reach the root of the problem. With Lyme bacteria present, symptoms may come and go with varying intensity, returning with the onslaught of any degree of stress and seriously adding to the person’s discomfort. More and more practitioners believe that because testing is often inaccurate, treating first is necessary, with testing used as a backup and not as “proof” of illness.

What Are The Three Stages of Lyme Disease?

Stage 1:  Localized Lyme disease – The bacteria are just entering the body and have not spread beyond the place of initial contact.

Stage 2:  Early disseminated Lyme disease – Bacteria has moved outside of the initial area of contact and is beginning to spread around the rest of the body.

Symptoms of Lyme Disease in Each Stage

Stage 2 Lyme disease symptoms may begin to occur a few weeks to a few months after initial exposure. These symptoms may include, but are not limited to:

Stage 3 Lyme disease symptoms may occur months to years after the initial exposure. Joint and muscle pain are common at this stage. Other symptoms may include, but are not limited to:

Late-stage or chronic Lyme disease presents with a different set of symptoms that emerge from the initial onset of the infection. These symptoms may include, but are not limited to:

Most people who are infected with Borrelia burgdorferi end up with microbes buried deep in tissues. The severity of symptoms is greatly dependent on genetic makeup and immune system strength. Many people do not have obvious symptoms or symptoms that are outwardly recognized. Mild arthritis and fatigue, often associated with the aging process, in many cases, can actually be related to stealth microbes. And since concentrations of microbes are so low, finding out for sure is close to impossible.

The suggestions below are not all-inclusive. According to Dr. Dietrich Klinghardt, who is well known for his successful treatment of neurological illness and chronic pain with Integrative Medicine: “Depending on where you live in the U.S., consider the treatment that is offered to you through a Lyme literate physician. Most of them have been through the training at ILADS, and I do recommend that.” Dr. Klinghardt provides free access to all his recipes on his website. Learn more about his treatment at www.KlinghardtAcademy.com.

Under Our Skin VIDEO Trailers

A gripping tale of microbes, medicine & money, UNDER OUR SKIN, exposes the hidden story of Lyme disease, one of the most serious and controversial epidemics of our time. Each year, thousands go undiagnosed or misdiagnosed, often told that their symptoms are all in their head. Following the stories of patients and physicians fighting for their lives and livelihoods, the film brings into focus a haunting picture of the health care system and a medical establishment all too willing to put profits ahead of patients.
underourskin.com

Sequel – Under Our Skin 2 – Emergence

In this dramatic follow-up to the widely acclaimed UNDER OUR SKIN, EMERGENCE takes the viewer on a journey from horror to hope. We witness the emerging epidemic of Lyme disease as infection and education spread globally. We watch as the truth emerges about the disease’s persistence and reach, about promising new research, and about medical collusion and conflicts of interest that continue to impede progress. We revisit the characters from UNDER OUR SKIN as they emerge into better health, reclaiming their lives and dignity and offering hope to the legions now suffering. As Lyme disease surges, EMERGENCE shines a probing light on the issue and becomes a beacon in the dark. Below is the Emergence trailer. You can purchase or rent Emergence at https://vimeo.com/ondemand/underourskin2emergence. 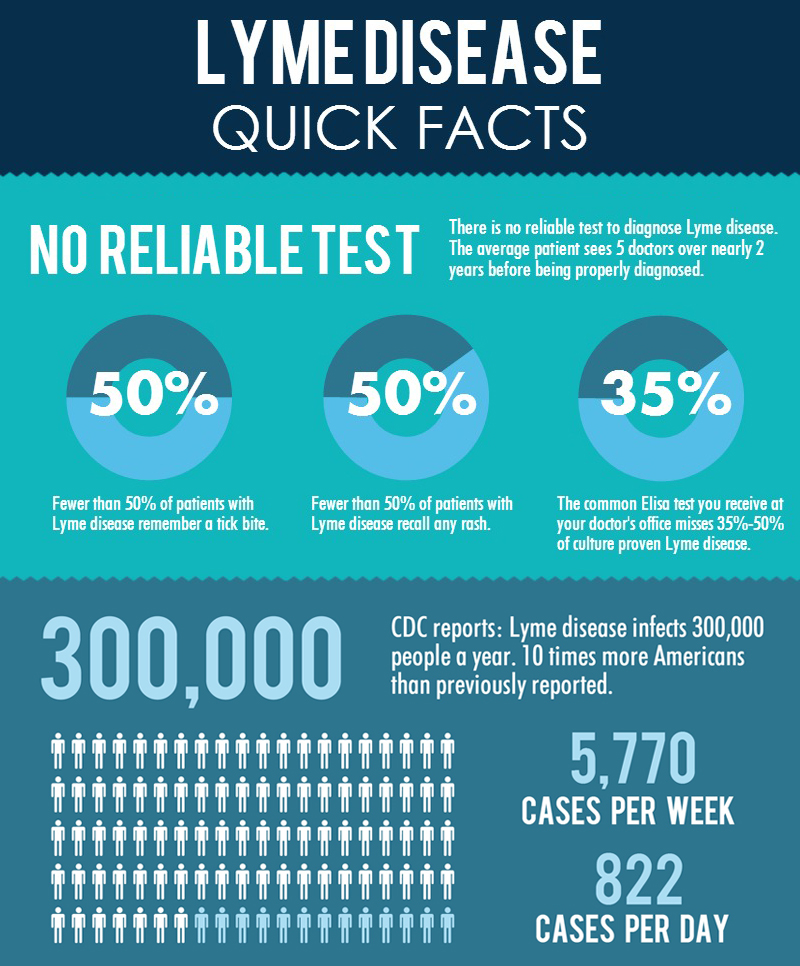 Loretta Lanphier is a Naturopathic Practitioner, Board Certified Traditional Naturopath, Certified Clinical Nutritionist, Holistic Health Practitioner, and Certified Clinical Herbalist as well as the CEO / Founder of Oasis Advanced Wellness in The Woodlands TX. She has studied and performed extensive research in health science, natural hormone balancing, anti-aging techniques, nutrition, natural medicine, weight loss, herbal remedies, non-toxic cancer support. She is actively involved in researching new natural health protocols and products. A 20-year stage 3 colon cancer survivor, Loretta can relate to both-sides-of-the-health-coin as patient and practitioner regarding health and wellness. “My passion is counseling others about what it takes to keep the whole body healthy using natural and non-toxic methods.” Read Loretta’s health testimony Cancer: The Path to Healing. Loretta is a Contributor and Editor of the worldwide E-newsletter Advanced Health & Wellness. Check out Oasis Advanced Wellness and our natural skincare site, Purely Ageless Skincare.